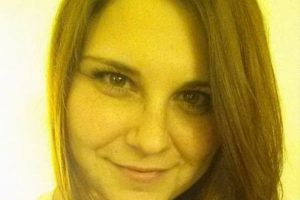 Our hearts are broken for the families who lost loved ones in Charlottesville, VA. The bravery and sacrifices of Heather Heyer and all those injured standing up to hatred will not be forgotten.

The scenes of white supremacists bring flashbacks and foreboding. This is not some isolated event. The problems in our country are systemic.

In a couple weeks we will mark the anniversary of the March on Washington and Martin Luther King, Jr.’s Dream speech. It has never been more relevant. And 54 years later, never more evident how far we have to go.

And not long from now, April 4th, 2018 will mark the 50th anniversary of the assassination of Martin Luther King, Jr. On that date in 1968, many feared the Dream might die. On that date, we know some were hoping the Dream would die – the tragedy in Charlottesville shows us too many still do.

Our country has an on-going sickness, stemming from our history of slavery, dehumanization, and discrimination of African Americans and genocide against Native Americans. It has resulted in a systemic spread that reaches all minorities and anyone who is different from the mainstream. And I believe this sickness will be fatal unless every one of us stands up for diversity, inclusivity, and equity.

Last year our seven-year-old son told us he wanted to be like Martin. He heard Dr. King’s Dream speech in school and it sparked something inside him. He was in 2nd grade. And he got it.

Our son happens to be transgender. Like any parent of a transgender child or any marginalized child, we can’t help but wonder what kind of world he will be living in when he grows up.

Dehumanization of any minority, any group of people, will lead to dehumanization of others. It is why Martin Luther King, Jr. declared, “Injustice anywhere is a threat to justice everywhere.

Coretta Scott King spoke of this with respect to how the LGBTQ community’s struggle for human rights paralleled the African American struggle. In Chicago, 1998, Mrs. King likened homophobia to racism and anti-Semitism, stating

“This sets the stage for further repression and violence that spread all too easily to victimize the next minority group.”

It was not long ago that our country saw fit to enslave and then segregate African Americans. It was within my lifetime that African Americans were forced to use separate schools, churches, bathrooms, areas on trains and busses, restaurants, and even separate drinking fountains. Our country has been a slave nation and a segregated nation much longer than it has been a free nation. 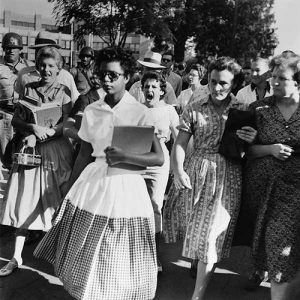 The images of white people, taunting and threatening African American children who tried to integrate schools in the South will always be emblazoned on my mind. And those images are now joined with the screaming faces of white supremacists, torches in hand, in Charlottesville.

I also see organizations like the American Family Association using their interpretation of faith as a weapon to condemn others. They deceive, promote intolerance of other views, and incite fear so they can influence public policy. And these types of groups and the arguments they make are not new. Not long ago, many churches and faith-based groups used scripture and these same tactics to justify segregation and slavery.

This type of deception and misplaced fear fuels the dehumanization of people of color, different religions and nationalities, the LGBTQ community, and anyone whose differences are an easy scapegoat for systemic problems. Our country has not yet proven it can overcome this.

White nationalists, white supremacists, and alt-right groups fuel the lie that diversity is a threat. At our highest levels of government we see minorities falsely blamed and maligned for systemic ills. The worst part is that these fear-based campaigns ensnare many otherwise caring people who are deceived into vilifying those who are different. It fuels hatred. It fuels violence.

So where do we go from here?

The answer is always in our young people. They are already redefining grassroots activism. We saw this in Charlottesville, too.

Dr. King spoke of a great “world house,” where we can all live peacefully and productively. There is much work to be done in addressing the root causes of social injustice and poverty. It will require a level of courage and a redemptive love for mankind we don’t often see. It will require us to develop what Dr. King called a dangerous unselfishness.

I hope every kid wants to be like Martin. I think it’s our only chance. 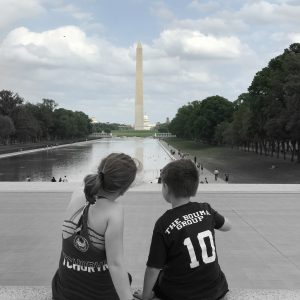